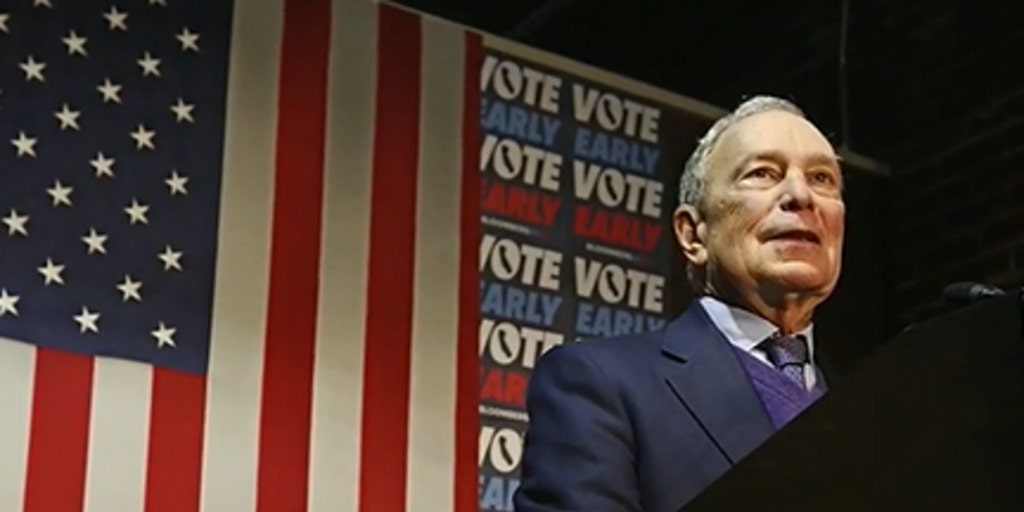 Mike Bloomberg didn’t need one of his fancy Wall Street terminals to interpret the data that he got shellacked on Super Tuesday.

And faster than anyone might have imagined, he got out of the race and backed Joe Biden.

Bloomberg’s return on his $500-million investment: not much, though he’ll always have American Samoa.

It was a stark reminder that money—even massive amounts of money on a scale never before seen in American politics—can’t buy a nomination. And an equally dramatic reminder that the press makes the same mistake every four years, conflating big bucks with political strength.

Bloomberg, who never recovered from that Vegas debate debacle, was smart to call it quits, and his considerable fortune will certainly help Biden, especially if the former VP prevails against Bernie Sanders and has to battle the Trump machine.

Politicians and the press always overstate the importance of money and organization. They matter, but not as much as the candidate and the message. That mistake has been made again and again, with candidates ranging from Phil Gramm to Jeb Bush to, well, Donald Trump, who was massively outspent in 2016.

And how many pieces did I have to read about Elizabeth Warren’s awesome field operation? That didn’t stop her from being clobbered again and again, even finishing third in her home state of Massachusetts.

When the press was portraying Biden as having one foot in the political grave, Bloomberg became the new savior—especially for many in the party who feared a Bernie nomination would be disastrous.

And it’s true that as he blitzed the airwaves, he moved up in the polls. But Bloomberg was damaged by reports of things he’d done and said as a Republican, especially stop and frisk, and was less than impressive when he finally came out from behind the curtain to do a couple of interviews. In the end, the money didn’t matter. Voters deserted him en masse as soon as Biden seemed viable again.

In a way, the former vice president ought to thank the press for performing last rites on his struggling campaign. It made his victories in Virginia, Massachusetts, Maine, North Carolina, Alabama, Arkansas, Oklahoma, Tennessee, Minnesota and Texas seem absolutely miraculous.

The way in which so much of the press had declared Biden finished, kaput, washed up after Iowa and New Hampshire was nothing short of journalistic malpractice. “Drop out, Joe Biden. New Hampshire proves you are done,” said a Business Insider headline. The Resurgent said “Joe Biden is Toast.”

SUBSCRIBE TO HOWIE’S MEDIA BUZZMETER PODCAST, A RIFF OF THE DAY’S HOTTEST STORIES

Everyone knew those two small, largely white states were rough terrain for Biden, and yet it didn’t matter. Even after his blowout win in South Carolina, many journalists said he couldn’t possibly be competitive in 14 states because he didn’t have the money and organization (there are those words again). It didn’t matter.

A strong ground game is great when a candidate is connecting. But the dogs have to like the dog food.

The two-day interval between South Carolina and Super Tuesday turned out to be perfect for Biden. Peaking at the right time is political gold. Another week would have given him more time to raise money, but also more time for Sanders to sharpen his attacks and for unexpected events to intervene.

The candidate, of course, deserves substantial credit. Biden got better as he grew in confidence. He was often photographed, by design, interacting with average votes, not a Sanders or Bloomberg specialty. His two victory speeches were tightly scripted rather than an attempt to thank everyone in the room.

But the press should be careful about this latest swing of the pendulum. Biden is the same guy who not long ago was being derided for stupid gaffes, shaky debate performances and meandering speeches. Sanders still has a passionate following and substantial number of delegates. The same journalists who said Biden couldn’t win shouldn’t fall into the trap of now saying he can’t lose.

0
The new round of controversial gaffes from presumptive Democratic presidential nominee Joe Biden -- including his comparison of the nation's African-American and Latino communities...
Read more

0
SAN FRANCISCO -- The sun was going down, and Tiger Woods undoubtedly wanted to get out of the dank, cool air Friday evening...
Read more

0
A November victory for presumptive Democratic presidential nominee Joe Biden would be a "huge win" for China and a "huge loss" for American workers,...
Read more

0
Ohio Gov. Mike DeWine's experience of testing positive for the coronavirus Thursday before testing negative in a follow-up test "certainly scared me," the Republican...
Read more

0
President Trump's plans for a giant in-person convention may have been scrapped because of the coronavirus, but Republican officials said the four-day event...
Read more

0
The new round of controversial gaffes from presumptive Democratic presidential nominee Joe Biden -- including his comparison of the nation's African-American and Latino communities...
Read more
News

0
SAN FRANCISCO -- The sun was going down, and Tiger Woods undoubtedly wanted to get out of the dank, cool air Friday evening...
Read more
News

0
A November victory for presumptive Democratic presidential nominee Joe Biden would be a "huge win" for China and a "huge loss" for American workers,...
Read more
News

0
President Trump's plans for a giant in-person convention may have been scrapped because of the coronavirus, but Republican officials said the four-day event...
Read more
News

0
A voter registration group is sending hundreds of thousands of mail-in and absentee ballots to voters in states that do not automatically mail...
Read more