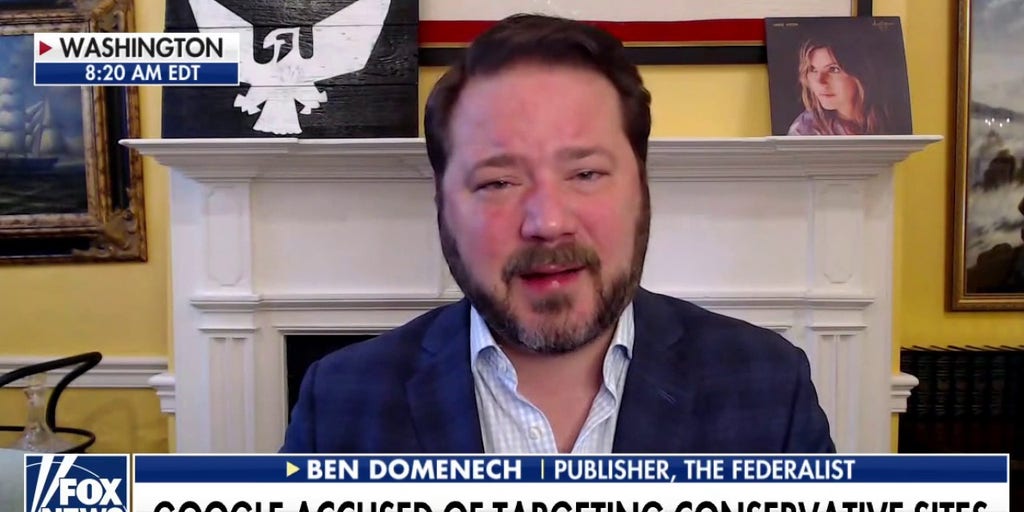 NBC’s apparent influence over Google in punishing two conservative news sites over what was deemed offensive coverage of the George Floyd protests “is a canary in a coal mine moment, ” The Federalist publisher Ben Domenech told “Fox & Friends” on Wednesday.

“We are really learning the degree to which Big Tech can be weaponized by woke mobs, or woke journalists in this case, to try to shut down places who disagree with their leftist agenda,” he said.

The report said, “Google blocked The Federalist from its advertising platform after the NBC News Verification Unit brought the project to its attention. ZeroHedge had already been demonetized prior to NBC News’ inquiry, Google said.”

Google later pushed back, claiming that The Federalist “was never demonetized,” and adding, “We worked with them to address issues on their site related to the comments section.”

On Wednesday, host Steve Doocy noted that The Federalist “has been pressured to remove its comment section because Google deemed it dangerous or derogatory.”

He went on to point out that the decision came “only days” after “an NBC News reporter brought it to Google’s attention in an apparent push to remove ads from the site over what it considers offensive coverage of protests.

Domenech explained that on Tuesday The Federalist and ZeroHedge, “two right-leaning websites, were both demonetized, so you couldn’t make money because of things in the comment section of a couple of items.”

“We made the decision to take down our comment section temporarily. It will be back, I assure you,” he said. “But this was a situation where basically an NBC News reporter was working hand-in-glove with some leftist organization based in the United Kingdom, trying to highlight problematic comments that were on our website, posted by users… and using it to try to get us de-platformed from Google’s ad server, which they use to support obviously millions of sites around the web.”

Domenech added that The Federalist does not “moderate our comment section” and “never” has.

“This was the situation where I think Google kind of went too far or they found someone within Google who was sympathetic, considering demonetizing us,” Domenech said.

NBC News’ Adele-Momoko Fraser, the London-based journalist behind the report, appeared to celebrate the results of her reporting on Twitter by thanking the two groups “for their hard work and collaboration.” She also used the Black Lives Matter hashtag.

She quickly deleted the tweet and reshared it but without the activist hashtag.

“The NBC news report was very inaccurate,” Domenech said. “They said that it was actually based on our content, including opinions about Black Lives Matter. As it stands that’s not the case.”

“It really is something apparently that was a problem with our comment section,” he continued. “But to be honest, Google owns YouTube, whose comment section is notoriously toxic, and they also support the comment sections and run advertisements on them of thousands of other sites that have all sorts of problematic issues with them.”

Google addressed the controversy and appeared to debunk some of NBC News’ reporting.

“The Federalist was never demonetized,” Google Communications tweeted. “We worked with them to address issues on their site related to the comments section. Our policies do not allow ads to run against dangerous or derogatory content, which includes comments on sites, and we offer guidance and best practices to publishers on how to comply.”

A Google spokesperson reiterated to Fox News that The Federalist has not been demonetized, saying, “We do have strict publisher policies that govern the content ads can run on, which includes comments on the site. This is a longstanding policy.”

Google seemed to want to put controversy with The Federalist behind them, saying, “As the comment section has now been removed, we consider this matter resolved and no action will be taken.”

0
Good morning and welcome to Fox News First. Here's what you need to know as you start your day ...Seattle police chief says...
Read more
News

Ari Fleischer hits health officials for backing protests, but not other gatherings: ‘A terrible injustice’