Money Is Moving Out Of U.S.: The Debt Party Is Over 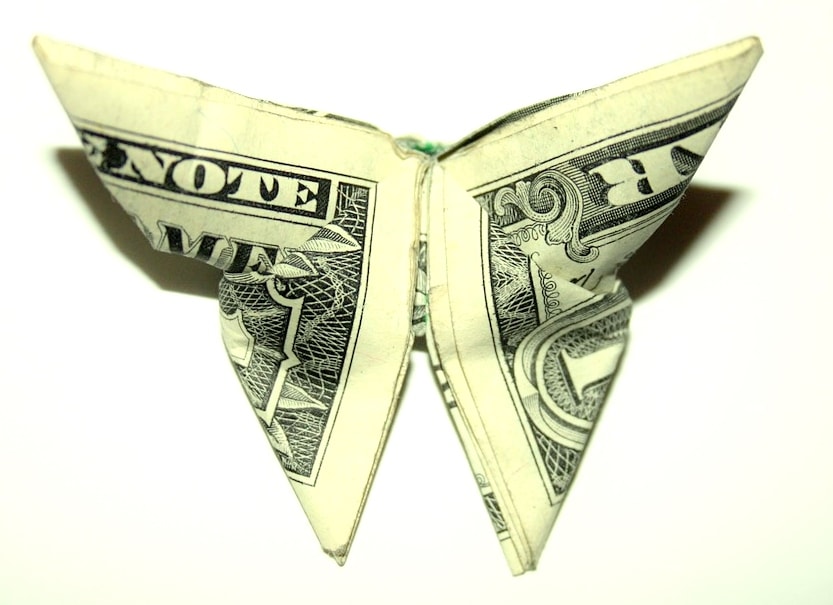 In only three of the last 20 years has the United States experienced foreign investors being net sellers of US Treasury securities. The last his this happened was in 2016.

“Goldman Sachs expects foreign investors to be net sellers of US Treasuries this year,” writes Eva Szalay in the Financial Times.

Ms. Szalay cites data from the Institute of International Finance, a trade body, saying that “After record capital outflows of $83bn in March, some investors are returning — $23bn found its way back in April and May….” And, for the year as a whole, Goldman Sachs believes that there will be an overall outflow.

This viewpoint is consistent with the conclusions that I have reached at an earlier date.

Behind The Flow of Money

For much of the past 20 years, the United States has served as a “safe haven” for “risk averse” investors around the world as they moved their money to currency areas in the world they thought would be “safer” for their assets.

Concern was raised in 2016 with the election of Donald Trump as president of the US. Mr. Trump had a reputation as a wheeler/dealer, debt-loving commercial real estate billionaire from New York city. And, he came into office pushing for the Federal Reserve to loosen up on its monetary policy to create a much weaker US dollar so as to spur on US exports to get the United States growing faster. In the fall of 2016 the statistics showed that foreign money began to flow “off shore” due to the net selling of Treasury securities took place.

The Federal Reserve Gets Control

The Federal Reserve did not follow the wishes of Mr. Trump, which he did not accept quietly, and kept moving methodically ahead to keep the economy growing slowly, but steadily. In effect, Fed chairs Janet Yellen and Jerome Powell carried the economy through the early part of his tenure by maintaining a steady hand at the wheel of the central bank, which helped to maintain the economic expansion through 2019.

This leadership at the Fed helped to retain the confidence of the international investment community and foreign monies continued to flow into the United States in 2017, 2018, and 2019.

Then, early in 2020, the coronavirus pandemic hit the United States.

As the effects of the coronavirus pandemic spread and the US economy started to shut down. At the end of February 2020, the Federal Reserve turned its full attention toward protecting the US economy by moving to protect the US financial system.

But. as was mentioned above, foreign investors were net sellers of Treasury securities and $83 billion moved off shore. But, the Fed’s moves appeared to be convincing as we saw some monies returned in the April and May period.

However, things changed at the end of May. As I wrote in early June, investors began to realize that maybe the Federal Reserve could not carry the entire burden. The things that had been taking place in Washington, D. C. were not really supportive of strong economic growth. In fact, if anything, they were destructive, reducing world trade and world cooperative interactions.

The efforts by the administration to follow protectionist trade policies, withdrawal from the architectural pillars of globalization such as the Paris Agreement on Climate, Trans-Pacific Partnership, World Health Organization and traditional Atlantic alliances, gross mismanagement of COVID-19 response, together with wrenching social turmoil not seen since the late 1960s, were all painfully visible manifestations of America’s sharply diminished global leadership.

Furthermore, the recent announcement that US troops will be withdrawn from Germany just added to the growing gulf between the leaders of Germany and the United States. And, this put us back to where we were in late 2016 and early 2017. The concern is that the United States will not be able to achieve the economic growth it needs to cover the debts that have been built up in the past twenty years.

The looming consequence of all this, as Eva Szalay “will leave the US relying on domestic investors to finance its deficit.” Here we turn to Mohamed El-Erian to fill us in on what might be in store for us.

Mr. El-Erian begins by bringing us up-to-date with what has happened in the recent past, a period when “The US economy relied on a mix of public and private finance to liquefy financial markets, boost asset prices and drive economic growth.”

Individuals who have read my posts over the years will see that it fits my description of credit inflation, a process that has been the foundation of government economic policy since the 1960s.

But, Mr. El-Erian continues: “The resulting explosion in leverage has been cheered by markets and most economists…. But, it will become a lot more problematic should finance’s front-running of the economy not be validated by strong growth that is also inclusive and sustainable.”

And, although the government gave assurances that this expansion “would be reversed once economic growth recovered,” the reversal did not take place. In fact, the Federal Reserve kept interest rates extremely low in order to sustain the expansion and “the private sector went on a borrowing binge” where corporations could buy back stock, pay high dividends and pursue mergers and acquisitions.

Then the Covid-19 shock hit. And, the Fed took a “whatever it takes” stance as the Fed moved to provide protection against liquidity problems and, hopefully, solvency problems. But, the Fed had to do it. (For a good defense of the Fed’s actions, check out the interview with Raghuram Rajan, former head of the central bank of India and economics professor at the University of Chicago.)

But, the huge expansion of financial leverage will only add to the burden of the debt that already exists. This a problem connected with the building up large quantities of debt…an unknown unknown can creep up and hit you between the eyes, while your debt still must be paid off.

Mr. El-Erian states that “This huge rise in financial leverage will prove advisable and sustainable if, and only if, economic growth picks up quickly and validates it.”

“But if growth disappoints, the economy and markets will have to cope with a massive debt overhang that results in even greater central bank distortions of markets and lower growth potential. There will be widespread debt restructurings too, and disorderly non-payments. “

The economic recovery, according to Federal Reserve expectations, will not be V-shaped as many people were hoping for. Not only with the recession be a relatively deep one, the recovery from it will be relatively slow and strung out over several years.

This will bring on, as Mr. El-Erian suggests “widespread debt restructurings” and “disorderly non-payments” of debts. In other words there is a lot of stress to work through in the next few years.

Debt Party Is Over

In other words, the debt party is over, and now we must suffer the consequences of it. And, it is not going to be a very comfortable time because if the foreign money is leaving the United States, because all of the upcoming adjustments will have to be carried by “domestic investors.”

Although the pandemic is not the fault of Mr. Trump, he will be held accountable for many of the consequences connected with the spread of the pandemic through the economy. And, given his background in the commercial real estate game, he will also be criticized for the debt buildup during his tenure that created such an exposure to any unknown shocks that might hit the economy. This just goes with the territory.

So, now we have to deal with an extended economic recovery and a substantial restructuring of the financial obligations that are outstanding in the economy. Hard work is ahead.

Oh, by-the-way, Mr. El-Erian signs off with the suggestion that “companies need to resist the temptation to use debt for more financial engineering and higher executive pay.” This is always easy to say after a financial catastrophe has been experienced.