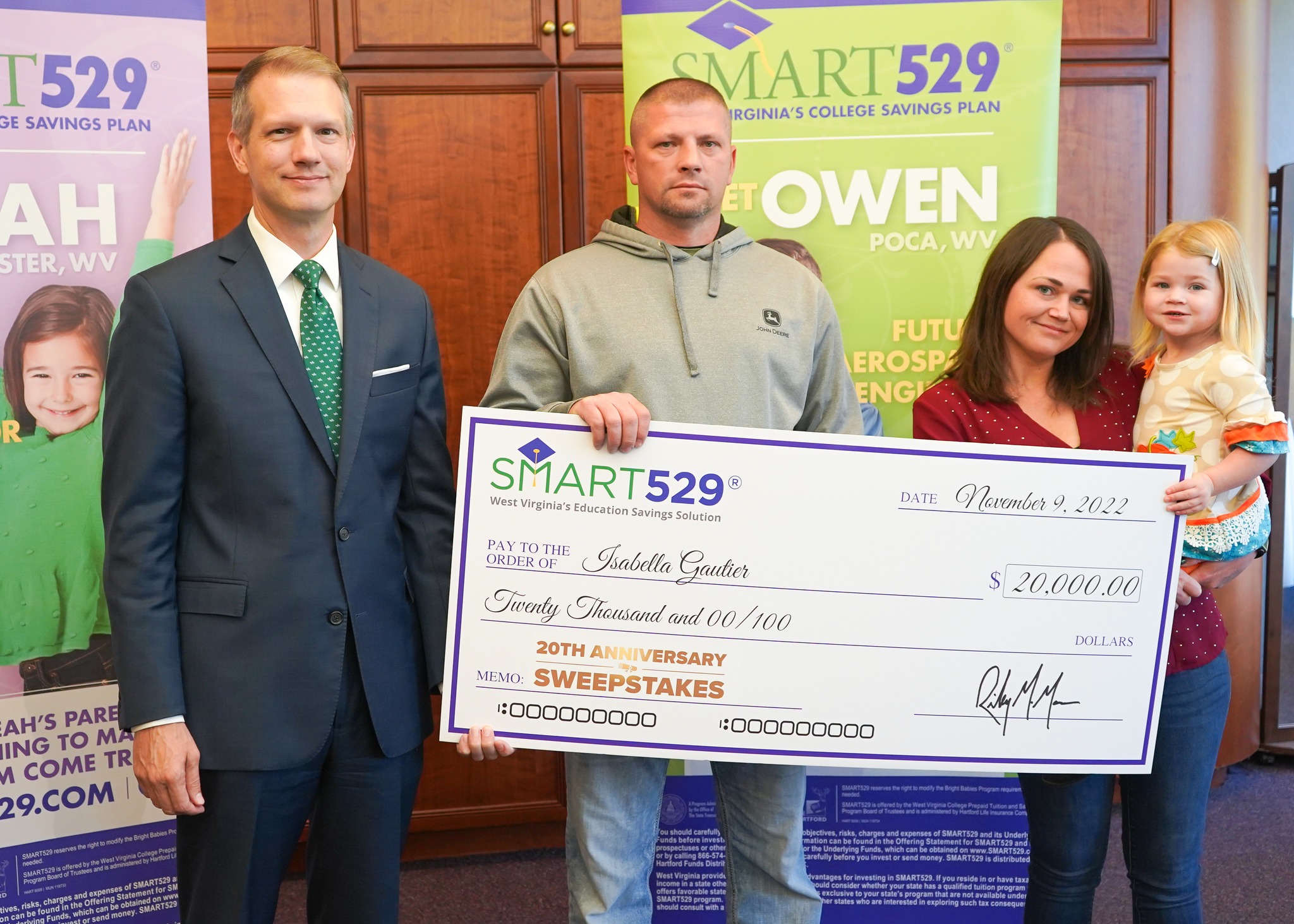 Winner is from Shady Spring

Isabella Gautier, the daughter of Kellie and Jason Gautier of Shady Spring, was presented her prize Wednesday morning at Tamarack in Beckley. Isabella will receive $20,000 invested in a SMART529 Direct account.

“I’d like to congratulate Isabella and her family for being the second winner in our SMART529 20th Anniversary Sweepstakes,” Treasurer Moore said. “For two decades, the SMART529 savings program has empowered West Virginia families to invest in their future. With rising tuition and student loan costs, it’s never too early to start saving for your child’s future. We were proud to award young Isabella with $20,000 in college savings that she and her family can continue to grow over time.”

“We were very excited to find out that Isabella had won one of the SMART529 scholarships,” Isabella’s mother Kellie Gautier said. “We want her to be set up for success in her future career, and this scholarship helps make that dream possible.”

Isabella is the second of three winners in the SMART529 20th Anniversary Scholarship Sweepstakes. The scholarships are being randomly awarded to one lucky child each month from October through December.

West Virginia families have one more opportunity to enter the sweepstakes. The final deadline to register for next month’s award is Saturday, Dec. 3 – if you’ve registered previously, you’ll still be eligible for the next two awards. Registration for the contest, along with rules and official information, is available online at www.wvtreasury.com/20years.

SMART529 is a qualified tuition program issued by the Board of Trustees of the West Virginia College and Jumpstart Savings Programs and administered by Hartford Funds. Complete information about SMART529 plans and investment options is available at www.SMART529.com. 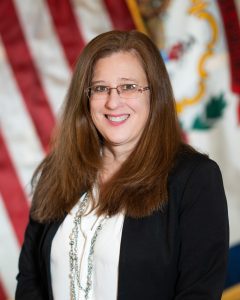 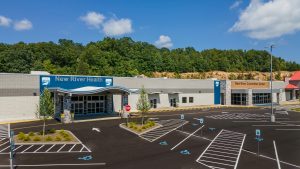