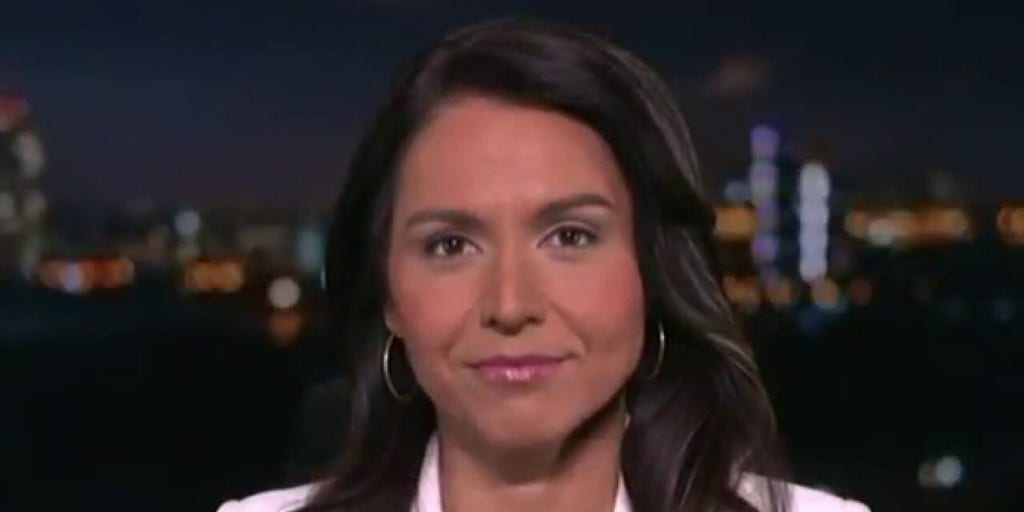 The only woman remaining in the 2020 race for the White House is calling on her party’s top two competitors to help pressure the Democratic National Committee (DNC) to allow her to participate in an upcoming presidential debate in Phoenix.

Rep. Tulsi Gabbard, D-Hawaii, is now one of only three Democratic candidates still running for president. On Super Tuesday, March 3, she walked away with two delegates from American Samoa, which would have helped her qualify in the previous debate, held Feb. 25 in Charleston, S.C.

However, the DNC released a new requirement for the March 15 Phoenix debate. Participants for that contest must have at least 20 percent of the pledged delegates, which means only the two leaders — former Vice President Joe Biden and Sen. Bernie Sanders, I-Vt. — qualify.

‘THE VIEW’ LAUGHS OFF TULSI GABBARD AFTER SHE WON DELEGATE ON SUPER TUESDAY: ‘PUT A FORK IN IT!’

On Friday night, Gabbard took to social media and appealed to Biden and Sanders to let her join them on the debate stage once again.

“@JoeBiden @Bernie Sanders I’m sure you would agree that our Democratic nominee should be a person who will stand up for what is right. So I ask that you have the courage to do that now in the face of the DNC’s effort to keep me from participating in the debates,” Gabbard tweeted.

She then called out the DNC for changing the debate requirements to allow Mike Bloomberg onto the debate stage.

“To keep me off the stage, the DNC again arbitrarily changed the debate qualifications. Previously they changed the qualifications in the OPPOSITE direction so Bloomberg could debate. I ask that you stand w/ me against the DNC’s transparent effort to exclude me from the debates. #LetTulsiDebate,” she said.

The hashtag #LetTulsiDebate trended on Twitter throughout Friday evening.

Gabbard has not appeared on at a Democratic debate since November. She was also snubbed by CNN’s town hall series despite the liberal network inviting former Massachusetts Gov. Deval Patrick, whose polling was lower than hers.