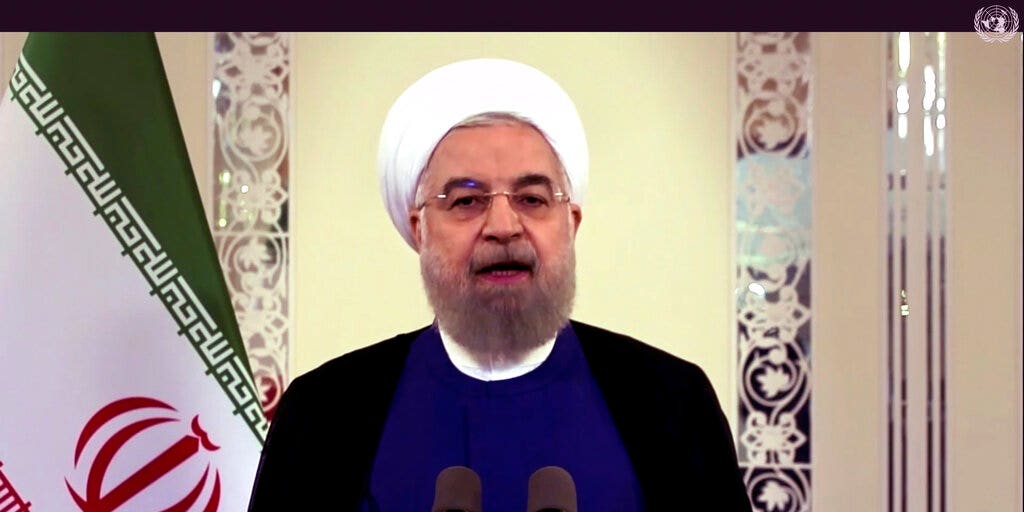 The United States should respond “forcefully” in both words and actions against Iranian diplomats who are in the country in retaliation for Tehran’s alleged hacking of the 2020 presidential election, one congressman told Fox News.

Rep. Lee Zeldin, NY-R, who is a member of the House Committee on Foreign Affairs, said he believes it is “extremely important” that the U.S. government respond to the allegations, “whether that means offensive cyber activities, additional financial sanctions, or the revocation of visas for Iranian diplomats.”

“They are on our soil. They should respect our jurisdiction, our rule of law, and when they are testing it, this is one of the serious examples, it must come with consequences to put a stop to it,” he said.

The Trump administration announced last week that Iran, as well as Russia, allegedly hacked into voting systems to grab voter registration information and embarked on a social media and email disinformation campaign aimed at disrupting the election.

On Monday, sanctions were slapped on five Iranian entities, including the Islamic Revolutionary Guards, the Quds Force and government-owned broadcasting and social media organizations.

Zeldin said responding by expelling Iran’s diplomatic corps at the United Nations and who live in New York City would send a blunt message.

“I believe that it would be an important action for the United States to take, to revoke the visas of the U.N. diplomats who are here from Iran, as well as further applications in the future,” Zeldin told Fox News.

“There will be additional applications that will be submitted where there is a U.N. General Assembly or an annual meeting of the IMF or World Bank. So whether it is the Iranian diplomats who are here now, on their current visas, which I believe should be revoked or those future applications, I don’t believe that they should be granted.”

The U.S. has expelled Iranian diplomatic staff before for engaging in alleged wrongdoing against the U.S. Earlier this year, the Trump administration denied a visa request from Iran Foreign Minister Javad Zarif to come to the U.S., under the U.N. host country agreement with Washington that cites the grounds of “security, terrorism and foreign policy” for barring a diplomat.

“The United States has a responsibility that we have taken seriously, in being great hosts for these foreign nations. That also comes with a responsibility for those foreign nations, when they are here on our soil, to respect the fact that they are within our borders. They are on our soil. They should respect our jurisdiction, our rule of law. And when they’re testing it, that must come with consequences to put a stop to it.”

Iran has denied it is trying to interfere in the election, but experts don’t buy that.

“All authoritarian adversaries are looking to sow dissent and distrust at home, with the ultimate purpose of having a weaker America abroad. That’s what Russia is doing, that’s what China is doing, and that’s most certainly what Iran is doing,” said Behnam Ben Taleblu, an Iran specialist at the Foundation for the Defense of Democracies in Washington, D.C.

“Over the past decade, they have been able to zero in on more precise fault lines in our society and among our politics. For instance, the mentioning of the Proud Boys group during the first debate is likely what got the Islamic Republic to want to spoof that account during their most recent attempts to influence the U.S. election. So lest we forget, whether Republicans, Democrats or Independents, the Islamic Republic wants to do damage more broadly to the American system.”

Secretary of State Mike Pompeo, when he announced the new sanctions on Iran, said the U.S. “will not tolerate foreign interference in our election.”

“The whole of the U.S. government is using all the tools at our disposal to target those who attempt to interfere in our democratic process,” he said.

Zeldin praised the Trump administration’s tough stance against Tehran and said the regime’s representatives, including those housed in the Iranian Interest Section in Pakistan’s embassy in Washington, D.C., should be declared “persona non grata” and ordered to pack their bags.

“This can’t go unchecked,” Zeldin declared. “They only respect strength.”

0
The Trump legal team's move over the weekend to distance itself from attorney Sidney Powell as it seeks to overturn the November 3...
Read more

0
Gov. Gavin Newsom highly criticized outing at one of California’s most exclusive fine-dining restaurants during the coronavirus pandemic this month, has reignited talks of a recall, according...
Read more

0
President-elect Biden announced on Monday that Antony Blinken would become his nominee for Secretary of State, but his apparent musical talents are getting plenty...
Read more

0
The Trump legal team's move over the weekend to distance itself from attorney Sidney Powell as it seeks to overturn the November 3...
Read more
News

0
Gov. Gavin Newsom highly criticized outing at one of California’s most exclusive fine-dining restaurants during the coronavirus pandemic this month, has reignited talks of a recall, according...
Read more
News

0
President-elect Biden announced on Monday that Antony Blinken would become his nominee for Secretary of State, but his apparent musical talents are getting plenty...
Read more
News

0
President Trump took to Twitter late Monday to respond to those who see the General Services Administration’s decision to make federal resources available to...
Read more